Farmers on the islands of Sao Tome and Principe, off the coast of West Africa, are again enjoying the sweet taste of success thanks to high-quality, organic, fair-trade cocoa - the raw ingredient for chocolate. 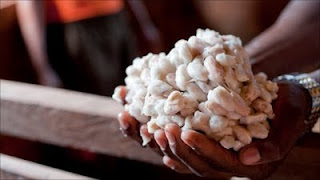 Once in the doldrums, production of the country's cocoa crop has risen sharply, registering a 10-fold increase since 2004.

Many of the small farmers, who were previously living on the edge of poverty, have seen a boost to their incomes."My life is different now," says Jose Esperansa, a small-scale cocoa farmer, who is now the managing director of CECEAQ-11, a cocoa-fermenting, drying and exporting co-operative.

The initiative, supported by the UN's International Fund for Agricultural Development (Ifad) and Cafedirect, a British Fairtrade firm, has helped the co-operatives produce Fairtrade certified beans.

Sao Tome and Principe, a Portuguese colony until 1975, has an ideal climate and rich soils that are ideal for growing cocoa.

The crop was introduced in the 19th Century and cultivated by slaves brought from the African mainland, where they worked on plantations, known as rocas.

But by the late 1990s, the crop was in severe decline, partly because of a crash in the price of the commodity.The results were crippling, since cocoa made up 95% of the island's exports.Farmers lost faith in cocoa as a source of income and one politician even predicted the end of the industry on the islands.A quarter of farmers were left living below the poverty line.In order to reverse the industry's decline, Ifad commissioned French organic chocolate producer Kaoka to assess the country's cocoa sector.Kaoka found that if the farmers could produce cocoa certified as organic, they could improve the price of their crop.Now - in a scheme backed by Ifad and Cafedirect - the farmers' fortunes have been transformed.By coming together in co-operatives and by processing their cocoa, they have managed to get a much better return on their crop."Before Cafedirect I would work from day-to-day, hand-to-mouth," says Mr Esperansa.

"I did not think about the future."

Cafedirect head Anne MacCaig recently travelled to the islands to see how it was done.

"They have the facilities to ferment the product and then from that they are able to work together across the different organisations to dry the cocoa, collect it all in one central warehouse," she said.

"Then they are able to export it.

"They are benefiting from five times the price they had when they sold it as a gloopy white liquid."

Before the programme began in 2004, Sao Tome produced just 50 tonnes of cocoa.By mid-2010 this had risen to 600 tonnes of organic, fair-trade beans.Many producers have invested in home improvements and can now afford items like bicycles, generators, radios and refrigerators.The co-operatives are investing in primary health-care clinics and better sanitation.

But is the support for the cocoa crop tying the farmers into a single crop, monoculture?

Mrs MacCaig says it will not.

"Sao Tome is an island with incredibly rich volcanic soil, so if you can do this with cocoa, there are so many other products that can be grown as well."
Gepost door Geert Vercruysse