Who? Why? Chocolate?
It goes all about the background of this blog, few people perhaps may know Félix Rousseau:


Born in Laval, France on May 21, 1844, Henri Julien Félix Rousseau is considered to be the archetype of the self-taught artist and one of the first of the Naïve or Primitive artists.  “Rousseau’s brightly coloured, dream-like paintings, many of them depicting exotic subjects, anticipated some of the major artistic movements of the 20th century, including Surrealism.”
Following high school, Rousseau worked for a lawyer and studied law but joined the army in 1863 after committing a minor perjury.  In 1868, he moved to Paris after the death of his father and took a job with the Paris government as a custom’s official. 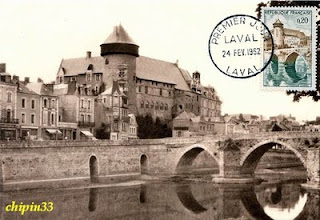 Rousseau retired from work in 1893 to devote more time to painting and supplemented his income with a variety of part-time jobs including teaching painting and drawing. In the same year, he moved to Montparnasse, a centre for artistic activity in Paris.
﻿ ﻿
﻿Rousseau took his own art very seriously, however, many critics at the time often ridiculed his work as childish and untutored.  Today, Rousseau is celebrated for his dream like jungle paintings with their bold and primitive style, incredibly detailed with lush animal and plant life.  His exotic scenes did not originate from any worldly travels. In fact, Rousseau never left France.  His paintings were based on images adapted from printed sources, and from visits to the Paris Natural History Museum, and the Jardin des Plantes, a botanical garden and zoo. ﻿﻿﻿
﻿﻿﻿As his career moved forward, Rousseau increasingly associated with the avant-garde. He exhibited alongside the Fauves at the Salon d’Automne in 1905 where he met Apollinaire, Robert Delaunay, Picasso and others. By 1910, sales of his work grew considerably.

Unfortunately, on September 2, 1910,  as his work was beginning to gain recognition, Rousseau, died after suffering from an infected leg wound.
http://www.thefullwiki.org/Henri_Rousseau Chocovic used his theme Jungle Book. This delightful introduction to the art of Henri Rousseau children explore a tropical jungle while they learn about the colors and themes that make the artist's paintings masterpieces of deceptive simplicity. As a customs official, Henri Rousseau escaped the boredom of his job by creating colorful paintings of a fantastic dream world...

About Chocovic (now Cacaobarry) There wrappers where used for the Selvaticas bars and I loved them, the moment CacaoBarry bought the company (2 years ago) they would not make bars anymore and this was the end of the story for me, but I still love the packaging and have admiration for the painter now. 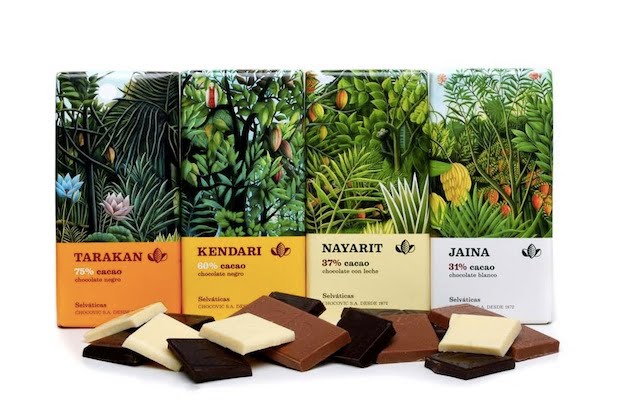