The History of Cakes

Cakes have a long and delicious history. 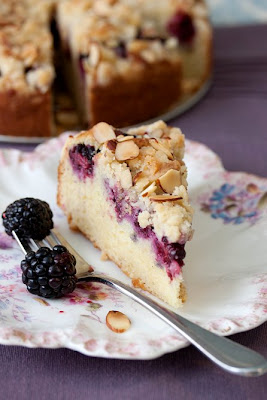 The word "cake" is derived from the Morse word "kaka" which means "to cook". This term was first used to describe small, flat breads cooked on both sides, more like panecakes.
Cake later became fairly indistinct rom breads, biscuits and buns, but the term was also used to refer to small or expensive breads for special occasions. During the 18th and 19th centuries, cakes again became more distinct as yeast was replaced with baking powder and beaten eggs as raisin agents for cakes that resembled light sponges.
Most ancients cultures made some form of cake, although these would have more closely resembled a biscuit, a fried or sweet bread, or a cheesecake. For instance, small baked items similar to oat cakes have been found by archaeologists in Neolithic villages.
According to food historians, the ancient Egyptians were the world's first accomplished bakers, serving breads sweetened with honey at feasts to invoke Hathor, the goddess of love, beauty, motherhood and joy. These treats often contained a plentiful mixture of dried fruits and nuts.
The Greeks ate "plakous" (meaning "flat breads") which were combinations of nuts and honey. It is thought from the writings of Cato that the Romans developed two types of cakes ofthen used as offerings to the Gods. A "libum" was a honey and cheese bread, similar to a biscuit, that was scented with bay leaves, while "placenta" was a pie-like pastry made with honey and ricotta, also with bay leaves.
The Romans are believed to have developed the first fruit cakes which were then brought to Britain. In his writings, 14th century writer Geoffrey Chaucer describes immense special occasions cakes containing butter, cream, eggs, spices, currants and honey.

Thanks to the goddess of love, beauty, motherhood and joy, Hator I love making and eating cakes!!