The future of chocolate


Last year in July, Suzie Hoban came to Kortrijk for a visit at my place, see her writing on her blog:
http://www.cupcakeq.com/blog/2011/7/9/chocolate-vercruysse.html
Later she started her own business in Colombia, where she is now a chocolatier in Bogotà: Guau!
The City Paper "business" asked her to do some preview of the future of the Colombian chocolate. Read her story: 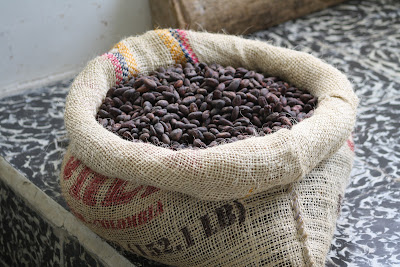 Suzie Hoban looks at the efforts of Colombian cacao growers to protect their plants and farming communities in a volatile industry that despite a global demand is anything but sweet.
Consider yourself a chocolate lover? Well, you are among friends, many friends in fact, that are growing in number every day. Fuelled by the developing economies of Brazil, Russia, India, and China, the worldwide demand for chocolate is increasing at 2.5% a year. This may seem like a small number, but it presents a dire problem for chocolate manufacturers as they struggle to source sufficient
quantities of chocolate’s raw material: cacao.
The Theobroma Cacao tree which produces cacao beans, will only grow within 20 degrees of the equator. Over 70% of the world’s beans are grown in Africa whilst the remaining 30% are
cultivated in Asia and Latin America. If chocolate consumption continues to grow at this rate, by 2020 we will need another million tonnes of cacao beans, equivalent to the current output of the world’s largest producer, the Ivory Coast.
This problem for chocolate manufacturers is a great opportunity for cacao producing countries, including Colombia.To capitalise on the world’s growing desire for chocolate, the Colombian Government has released an ambitious ten year plan to transform Colombia from its current status as cacao importer, to major cacao exporter. According to the ‘Plan Decenal,’ Colombia will increase production of cacao from the 42,000 tonnes produced in 2010, to 79,000 tonnes in 2014, and to 246,000 tonnes by  2021.
Fedecacao, the national association of cacao growers, will be instrumental in achieving this plan. By providing technical assistance to farmers, they aim to triple the current yield on existing plantations, and will expand cacao production into new regions, including many areas formerly used for coca production. Edgar Aldana Rosillo of Fedecacao says the Plan Decenal will not only help farmers, but entire rural communities by providing permanent jobs and liveable incomes for families, thus reducing the displacement of rural populations.
Fedecacao estimates that the Plan Decenal will create 76,500 jobs directly involved in cacao cultivation and 38,250 additional jobs in the broader industry. 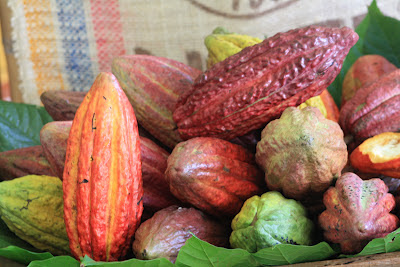 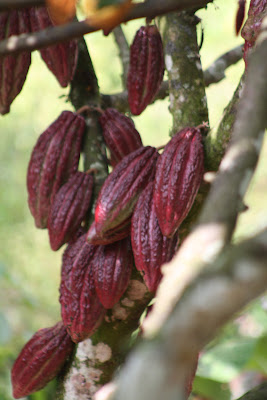 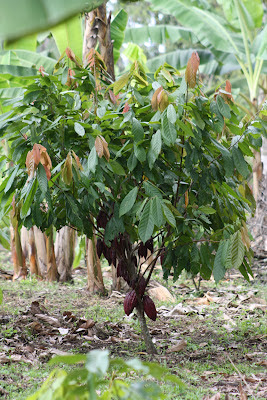 The success of Plan Decenal relies on consistently high prices for cacao and this is not something that can be guaranteed, especially not for a crop that the United Nations Conference on Trade and Development described as one of the most volatile commodities in the world. Whilst global demand for cacao is currently pushing prices up, many factors can bring them back down, such as the introduction of substitute products from other countries. Malaysia recently began exporting huge quantities of cocoa powder, a product that can be used in many chocolate flavoured foods in place of cacao, for approximately one sixth of the price. Fedecacao reported in March that a sudden influx of cocoa powder in Colombia caused the price of cacao to drop nearly 50% in just six months.
Producers of “bulk” or low-quality cacao have no choice but to sell on the commodities market, however producers of high-quality beans can sell them directly to quality chocolate manufacturers,
who pay a premium up to three times the market price. Amounting to less than 10% of global cacao producion, these “Fine Aroma” beans are highly sought after by the growing number of artisanal bean-to-bar chocolate producers.
According to international chocolate consultant Chloe Doutre-Roussel, these artisanal producers prize beans from Venezuela, Madagascar, Peru, and Mexico, however they know little about the quality of Colombian cacao. To tackle this problem, Fedecacao is busy promoting quality Colombian beans
to international buyers. In October 2011, through the support of this entity, farmer Saúl Tirado Fuentes won a Cocoa of Excellence award at the Salon du Chocolat in Paris, for cacao grownon his Valparaiso plantation in Arauquita, Arauca. 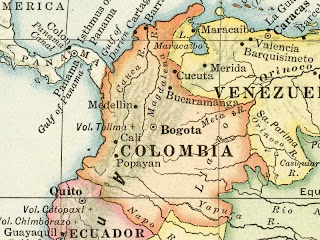 The judges noted that the beans, from a tree developed by the research department of Fedecacao, exhibited distinct sweet caramel aromas. Awards such as these are crucial in establishing both the high quality, and the unique regional characteristics of Colombian cacao.
At the farm level, Fedecacao agronomists are advising farmers on cultivation, fermentation and drying techniques to maximise the unique characteristics of their land and their trees.Colombian chocolate company Casa Luker is also working hard to improve the quality of Colombian beans. Traditionally a manufacturer of drinking chocolate, in 2009 the company began selling couverture, the chocolate
used by chocolatiers. To meet the high standards demanded by their international clients, Luker conducts research on their own cacao plantation, “Granja Luker.” By working with 35 growing co-operatives in Colombia, Luker can share its research findings with over 5,000 cacao growing families, ensuring a steady supply of quality beans, now and in the future.
With this assistance at the plantation level, and the right exposure internationally, Colombian farmers may join their neighbours as some of the best paid-cacao growers globally, whilst ensuring the world’s chocolate lovers a future for their favourite treat. 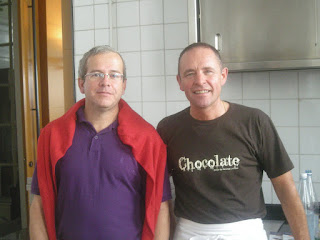 A visit from the International Business Director, Francisco Javier Gomez B. of Casa Luker at my place to see how I create chocolates with the Casa Luker Colombian FINO DE AROMA couverture.
http://www.lukercacao.com/ 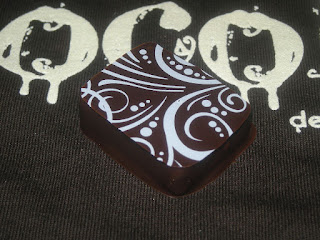 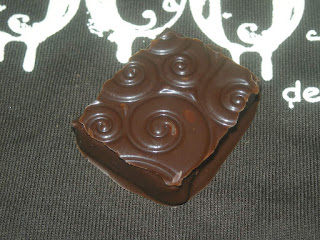 Pictures 1, 2, 3, 4 are taken at Casa Luker plantations, thanks to Luc.
Other pictures where taken at http://www.patisserievercruysse.be/