The Ultimate Chocolate Blog: Let's Not Forget: Chocolatiers are artisans too!

The Ultimate Chocolate Blog: Let's Not Forget: Chocolatiers are artisans too!: With all of the controversy about Mast Brothers Chocolate this week, and whether or not they make the chocolate from scratch (i.e. from  be... 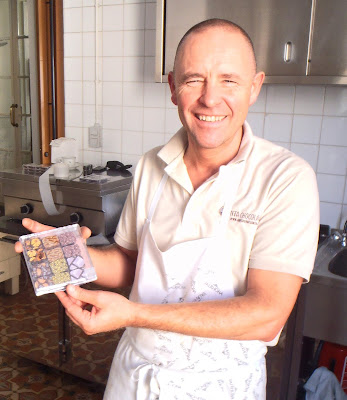 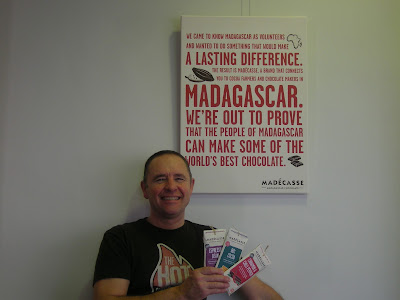 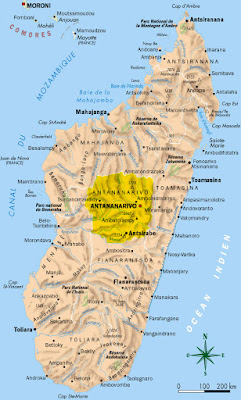 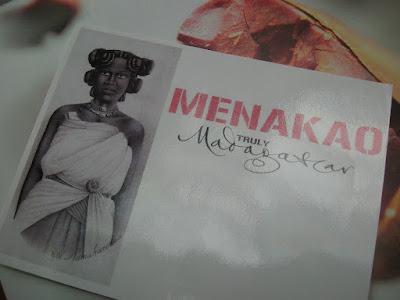 Please consult with your doctor before trying KIVA chocolate. 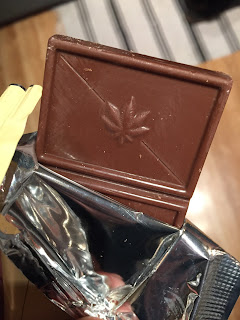 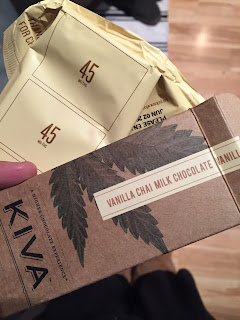 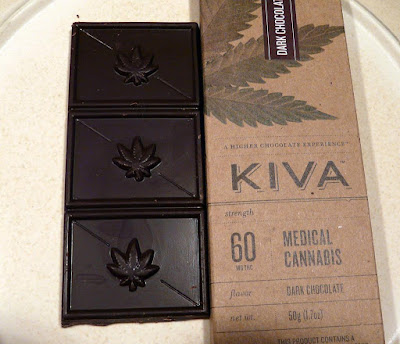 HOW DO KIVA MAKE THIS CHOCOLATE?

The finest chocolate begins with the best beans. We acquire our chocolate from a source that selects cocoa beans from around the world for their quality to deliver a premium chocolate experience. The percentage of cacao in the chocolate is derived from the cocoa bean and excludes any other flavors or additives, natural or artificial. We use 54% Cacao Semisweet for our dark chocolate bars and KIVA Terra bites, while our milk chocolate bars are made with a minimum of 34% Cacao. Our chocolate contains only the purest, natural ingredients delivering an indulgent, velvety smooth taste without the strong flavor of cannabis.

Not available for the moment at my shop, but who knows, maybe in the near future, any volunteers? 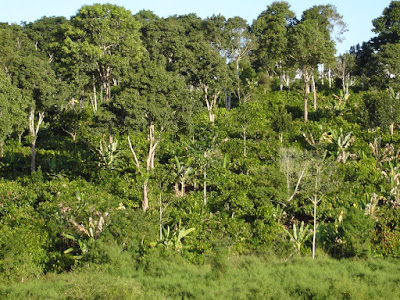 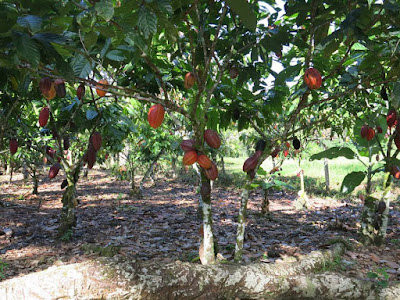 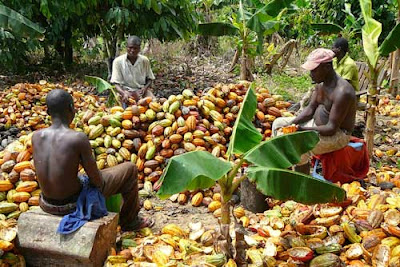 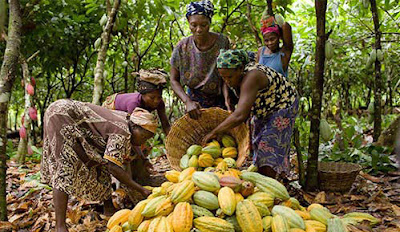 This pricey treat is actually good for the planet.

What the heck is shade-grown cacao? This pricey treat is actually good for the planet.
In Ecuador’s Amazon region, above the banks of the swirling Aguarico River, Luis Chamba grows cacao - the basis of chocolate and cocoa butter - on his family’s tiny finca.
The furrowed, football-shaped cacao pods flourish under a steamy canopy of banana trees, balsam, cedar, and other local plants. Chickens strut and cluck, and a dog naps under the house on stilts that Chamba shares with his parents and his sister.
This farming method, known as “shade-grown,” is touted by premium chocolatiers. But why is it good for the environment?
A review of 16 studies from Africa and South America found that shade-grown cacao promotes biodiversity (a variety of species in an ecosystem), improves soil fertility, provides a habitat for plant and animals, and creates corridors between forests that migratory birds and insects travel along.
[Is ecotourism an oxymoron?]
Among large chocolate growers, this traditional method has given way to the more profitable cultivation of a single crop in a clear-cut field with little or no-shade cover. However, research shows that this method of farming leads to major losses in carbon storage compared to natural forests. Shade-grown cacao has a greater potential for the long-term storage of greenhouse gases in soil, tree stumps, branches and roots, and surrounding vegetation.
Shade-grown cacao sequesters about 60 percent of the carbon of a natural, native forest, while monoculture holds only about 30 percent. (Higher rates of sequestration are better, in terms of mitigating global warming.)
Shade-grown farms, with their diversity of crops, are also more resilient to changes in weather and to market fluctuations, says the University of Missouri's Francisco Aguilar, the study’s co-author. It’s a low-cost, relatively easy to maintain production system, compared to monoculture plantations that rely on chemical fertilizers and pesticides.
[Ask a MacArthur genius: Can feces fuel cars?]
Cacao originated in Ecuador, one of the most biodiverse countries in the world. Today, it exports 95 percent of its cacao and is the largest grower of the aromatic beans used in fine chocolates - the kind that wins international competitions and is stocked in gourmet markets.
In Ecuador, 90 percent of the cocoa production comes from small-scale, shade-grown systems. “Farmers grow their food for their families but it's also good for cacao when there are other crops,” said Leonor Zambrano of Minga del Cacao, an initiative that prunes cacao trees on farms smaller than 10 hectares.
A 2012 study found that an increase in shade levels would not only benefits biodiversity, but also boost Ecuadorian farmer incomes. Larger shade trees reduce weed growth, cutting down on the farmer’s labor.
There’s an optimum balance, researchers say. Too much shade does hurt productivity. But farmers might be willing to plant a denser canopy if they could sell fruit from their shade trees, or if they could get premium rates for biodiversity-friendly chocolate.
Green and Black’s, a British gourmet chocolate maker, recommends that its growers plant shade trees to protect cocoa trees from excessive sun and heat and regulate moisture, as well as protect biodiversity. Likewise, Pacari, an Ecuadorean chocolate maker, sources its cacao from farmers who plant hardwoods and banana, papaya, and citrus trees, an environment that that brings out "the underlying flavors that make fine chocolate such a delight for the palette," said co-founder Santiago Peralta.
On Chamba’s finca, birds twitter overhead. He splits open a cacao pod with a machete and I suck on the luscious, honey-sweet fruit that surrounds the seed that will be dried, roasted, and transformed into chocolate. Delicious, from tree to bar.
Vanessa Hua reported from Ecuador on an International Reporting Project fellowship. Her work has appeared in the New York Times, New Yorker online, Salon, San Francisco, The Washington Post, The Atlantic, and Newsweek, among other publications. Her short story collection is forthcoming.
Correction: This post has been corrected to amend a typo in the original headline, which confused "cocoa" with "cacao".
original post on: https://www.washingtonpost.com/
Gepost door Geert Vercruysse 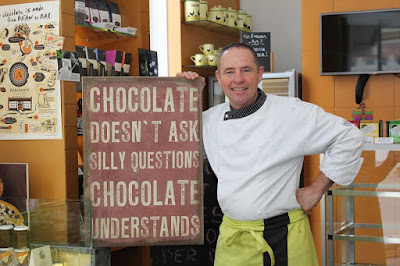 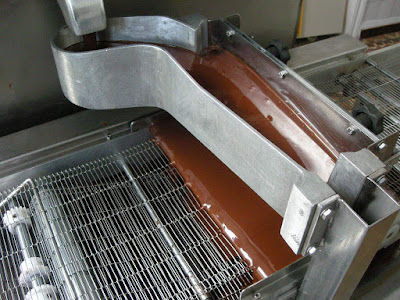 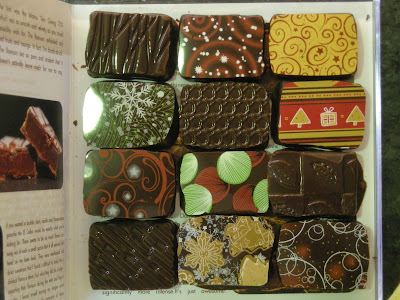 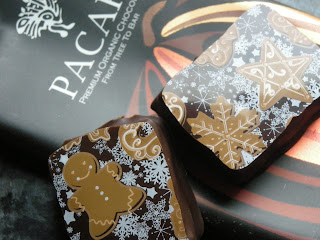 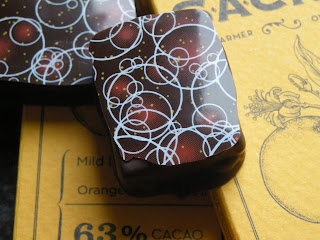 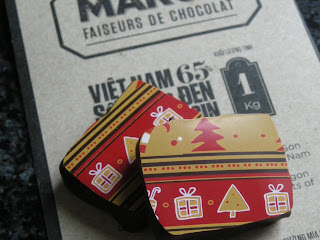 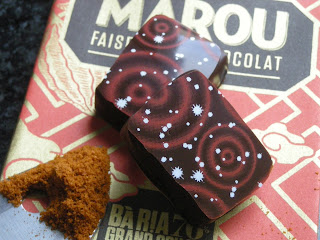 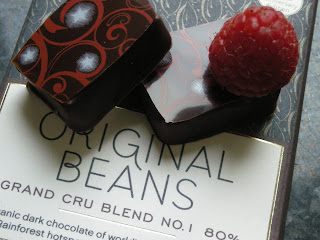 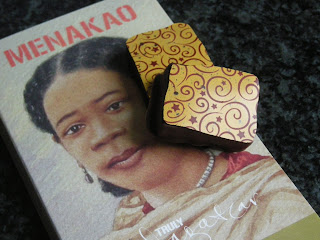 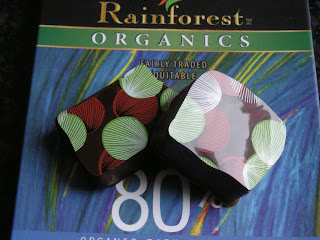 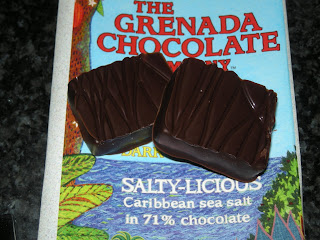 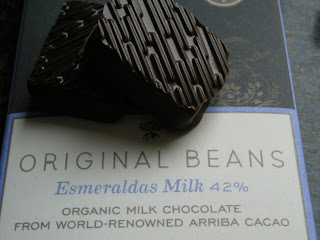 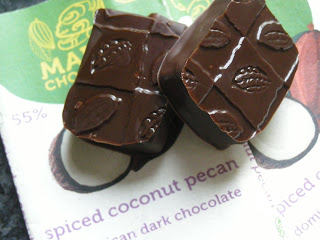 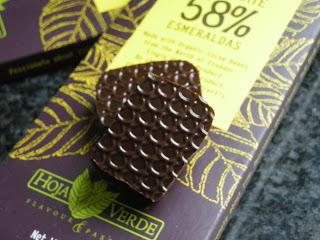 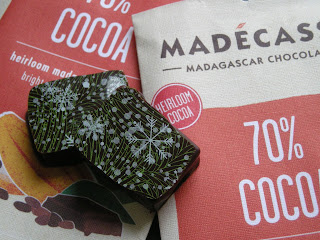