During the Origin Chocolate Event in Amsterdam, two weeks ago I saw some interesting people and one of them was Marie Louise Filippini. She introduced me to the company Quinta Chocolate da Maria.

Brasil makes the difference with the Organic Producers Cooperative of Southern Bahia,

arose from the union and partnership between the IESB (Institute of Environmental Socio South of Bahia) and farmers not only concerned with the conservation of fauna and flora, but also with the conservation of soil and water resources that comprise the Atlantic Forest of southern Bahia. CABRUCA is currently represented by 39 cooperatives engaged in organic agriculture, which contribute directly to the preservation of the environment and food production more pure and healthy. Promoting organic certification group, the CABRUCA assists and facilitates the process of certification of all its members through the Biodynamic Institute - IBD, assuring consumers to purchase products: - free of synthetic inputs, pesticides and genetic modifications, which are not only harmful health, but also to the environment; - produced with the concern on environmental preservation, in order to accomplish a constant process of cooperative environmental compliance with the registration of their legal reserves and restoration of forest areas of permanent preservation; - produced under fair labor conditions throughout the production process. CABRUCA currently has as main product certified organic cocoa. In recent years has been developing a strong work aimed at producing a high quality cocoa. Besides the production of organic cocoa quality, CABRUCA encourages the diversification of agroforestry through the cultivation of palm trees as acai and peach palm, spices like pepper the-kingdom, clove and vanilla and fruits like cupuaçu, hog plum, banana and others. Briefly CABRUCA operates with the following main objectives: - Conservation of soil and water resources that are home to flora and fauna of the Atlantic south of Bahia; - Certification of all organic producers and products CABRUCA by IBD - Certifications (www.ibd.com.br) through an annual survey and regular, following the requirements of the Brazilian, European (EU) and North American (NOP); - Producing high quality organic cocoa; - Diversification of crops in agroforestry systems (cocoa, palm trees, spices, flowers and fruit trees); - Organic production for the local market (hortifruticultura) - Cooperatives and transparent business. 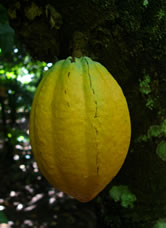 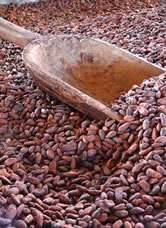 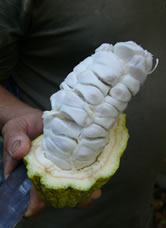 The "cocoa cabruca" Organic Producers Cooperative of South Bahia not only contributes to the conservation of biodiversity in southern Bahia, but also the health and well being of their customers. Scientific studies show that cabrucas act as ecological corridors for native fauna and flora, providing safe routes for many species moving between the remnants of the Atlantic Forest of southern Bahia. Cocoa is traded in the form of dry beans that pass through our system of internal quality control allowing traceability of each batch of cocoa output from the farm to the consumer until his arrival. All cocoa is evaluated and graded before marketing and quality standards are achieved at the highest level.Much of the production of dry beans provided by CABRUCA is sold directly to the chocolate industry nationally and internationally. A small portion is converted into raw materials directed to the cosmetic industry. cocoa derivatives such as cocoa butter, cocoa powder, liquor (= mass of cocoa liquor is not!) and nibs are produced with our custom IBC partner - Indústria Brasileira de Cocoa. CABRUCA A also offers free cocoa fermentation for use in food macrobiotic in limited quantities and custom.

So knowing al this and knowing Felchlin is the producer of this chocolate I ordered about 20 kg of the couverture to try this very special reliable chocolate, my favorite thing is to be involved to sustainability in thise big chocolate world!! 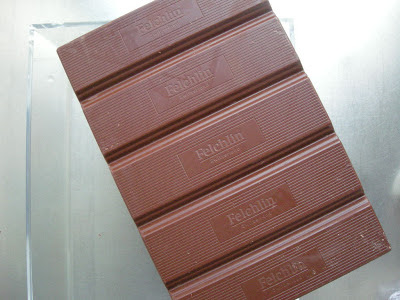 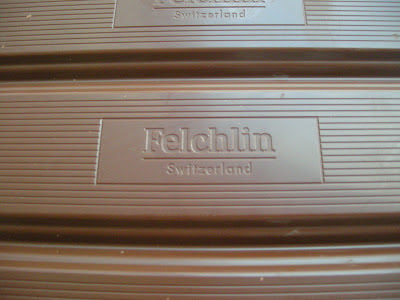 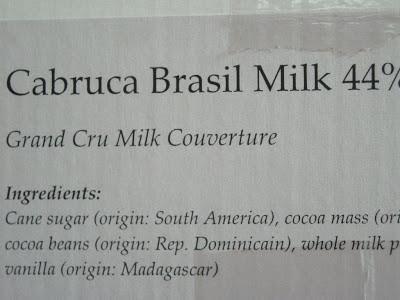 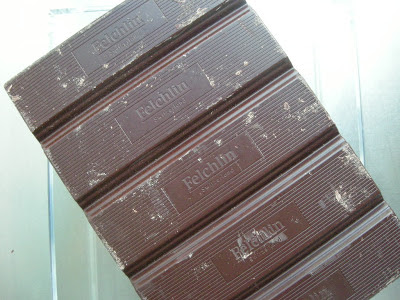 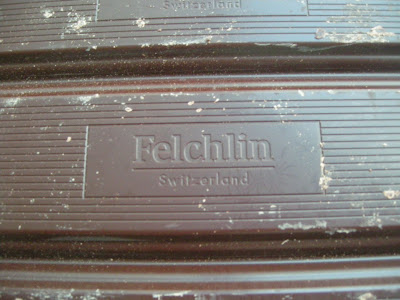 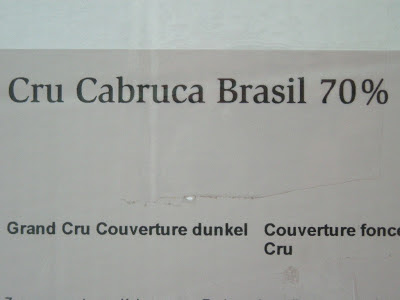 BRASIL MAKES THE DIFFERENCE In the Atlantic Coastal Rainforest in the Brazilian State of Bahia lies, hidden like a secret garden, Maria's cocoa farm Quinta. Here the main ingredient for our delicious chocolate is produced. Majestic trees offer shade to our cocoa trees. We use no chemical fertilizers, herbicides or pesticides. We protect our water, our plants and animals living at our farm. Our workers are empowered by their jobs and form a dedicated team. Sun dried, deep brown,cacao beans with a rich chocolate perfume are the spectacular result.
EATING GOOD CHOCOLATE We label our bags, so that our beans are traceable from where they are harvested. Maria herself takes the beans to Cabruca Cooperative in Ilheus. From there they are shipped to a small chocolate factory in the mountains of Switzerland. The best chocolatiers in the world turn our golden brown beans into chocolate, using only the best bio-certified ingredients. From Maria's land, right in your hand: Chocolate of the Quinta da Maria, 100% organic & transparant!
www.quintacacao.com
http://new.felchlin.com/
Gepost door Geert Vercruysse