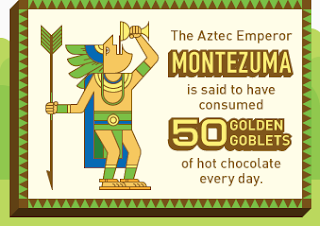 When you buy chocolate treats stamped with the Rainforest Alliance Certified™ seal, you’re supporting hundreds of thousands of farmers who, like Adrien, work hard to conserve wildlife habitat, protect streams and waterways, and secure a better future for their families and communities. Find out why it’s critical to look for the green frog seal—and commit to choosing products that are good for people, wildlife and the global environment. 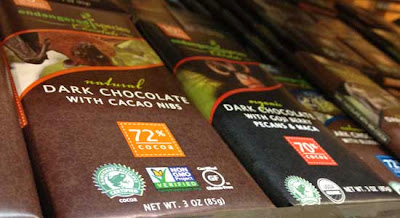 Hundreds of thousands of cocoa farmers are
safeguarding the health of 1.86 million acres (more than 750,000 ha) of land through our training and certification.
http://www.rainforest-alliance.org/work/agriculture/cocoa?utm_source=canopyoctober2013&utm_medium=email&s_src=canopy&s_subsrc=canopyoctober2013
Gepost door Geert Vercruysse

Origins Of Cocoa And Its Spread Around The World

The genus Theobroma originated millions of years ago in South America, to the east of the Andes. Theobroma has been divided into twenty-two species of which T. cacao is the most widely known. It was the Maya who provided tangible evidence of cacao as a domesticated crop. Archaeological evidence in Costa Rica indicates that cacao was drunk by Maya traders as early as 400 BC. The Aztec culture, dominant in Mesoamerica from the fourteenth century to the Conquest, placed much emphasis on the sanctity of cacao. 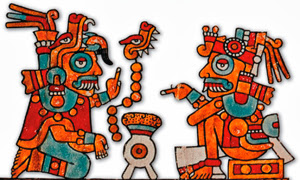 The first outsider to drink chocolate was Christopher Columbus, who reached Nicaragua in 1502 searching for a sea route to the spices of the East. But it was Hernan Cortés, leader of an expedition in 1519 to the Aztec empire, who returned to Spain in 1528 bearing the Aztec recipe for xocoatl (chocolate drink) with him. The drink was initially received unenthusiastically and it was not until sugar was added that it became a popular drink in the Spanish courts. 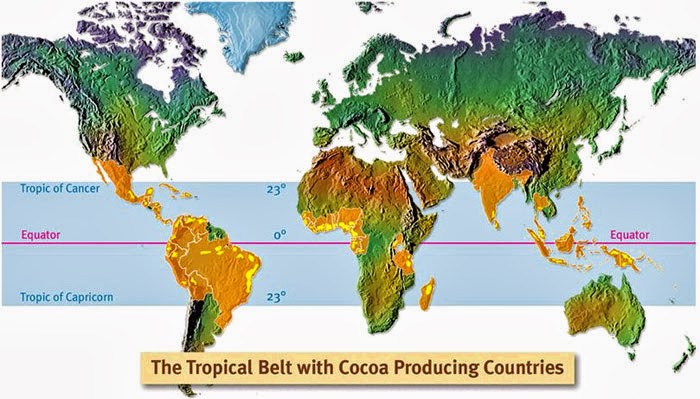 Caribbean and South America
There were attempts to satisfy Spanish domestic demand by planting cacao in Spanish territories like the Dominican Republic, Trinidad and Haiti but these initially came to nothing. More successful were the Spanish Capuchin friars, who grew criollo cacao in Ecuador in about 1635. The rush by European mercantile nations to claim land to cultivate cacao began in earnest in the late seventeenth century. France introduced cacao to Martinique and St Lucia (1660), the Dominican Republic (1665), Brazil (1677), the Guianas (1684) and Grenada (1714); England had cacao growing in Jamaica by 1670; and, prior to this, the Dutch had taken over plantations in Curaçao when they seized the island in 1620.

Africa
The explosion in demand brought about by chocolate's affordability required yet more cacao to be cultivated. Amelonado cacao from Brazil was planted in Principe in 1822, Sao Tomé in 1830 and Fernando Po in 1854, then in Nigeria in 1874 and Ghana in 1879. There was already a small plantation in Bonny, eastern Nigeria established by Chief Iboningi in 1847, as well as other plantations run by the Coker family and established by the Christian missions. The seeds planted in Ghana were brought from Fernando Po by Tetteh Quarshie or his apprentice Adjah, after previous attempts by the Dutch (1815) and the Swiss (1843) to introduce cocoa in Ghana had failed. In Cameroon, cocoa was introduced during the colonial period of 1925 to 1939. 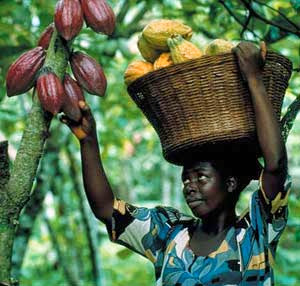 Because cacao trees are so delicate, farmers lose, on average, 30 percent of their crop each year. 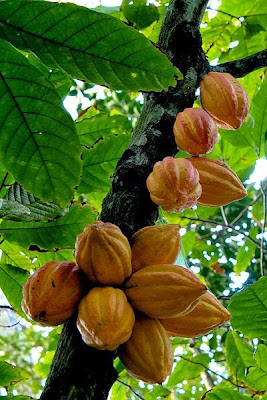 Your chocolate has a history.

The treat that now lies quietly in its wrapper carries a story of exotic places, long journeys and small families that raise delicate tropical fruit trees.

As you peel back the wrapper, you’re uncovering the cacao tree’s seed—and joining people the world over who have turned to this mysterious food for ritual, medicine and sheer pleasure for the past 4,000 years.

How do the beans in chocolate farmers' hands become decadent sweets in yours? Let’s explore how chocolate is made...the story of chocolate.

Find out this and much more on: http://thestoryofchocolate.com/