Directly Traded collection from Geert Vercruysse
After a long incubation period, the new fine chocolate industry association Direct Cacao was finally launched during Chocolate Week in London on 12 October 2012. Less than a week later, many of the founding members were in Amsterdam for the second yearly ‘Origin Chocolate Event‘.

Flemish Belgian chocolatier Geert Vercruysse was also at the event, exhibiting his chocolates in the central hall of the Royal Tropical Institute in (Koninklijk Instituut voor de Tropen). Geert has a reputation for experimentation, using different chocolate from makers from around the world in different combinations in his ganaches. 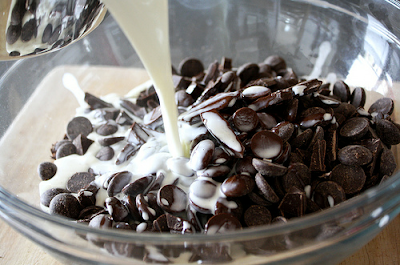 Direct Cacao is a new organisation being launched to give a voice to chocolate makers, chocolatiers, independent tasters and other in the chocolate industry working with and supporting directly sourced fine cacao, and to the cacao growers supplying the cacao.